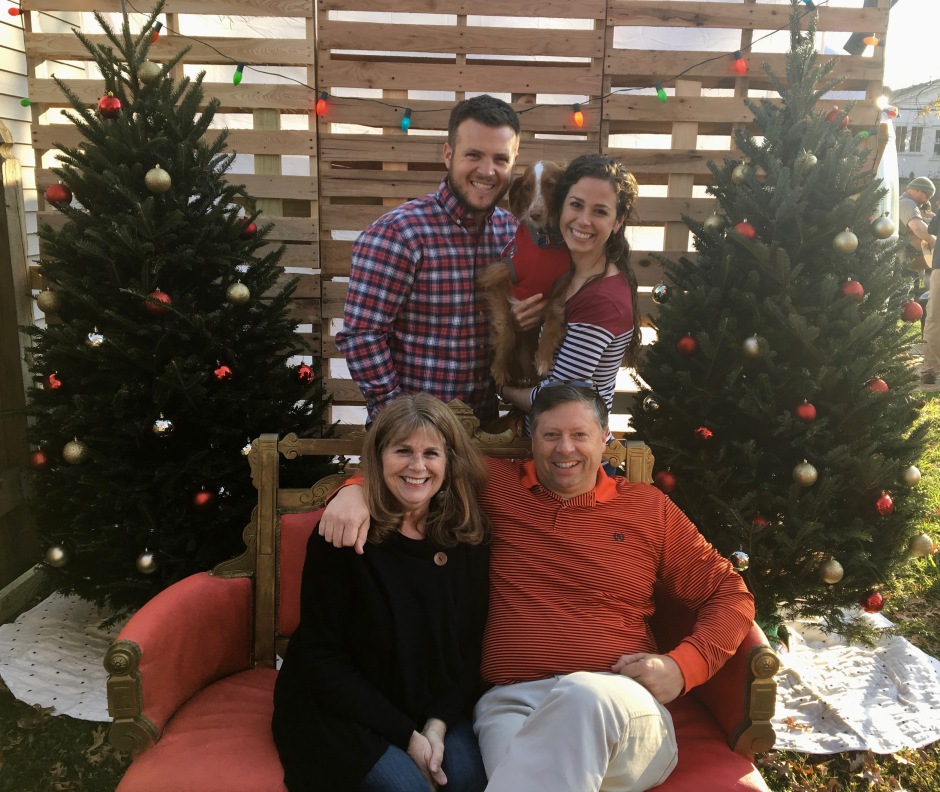 I was listening to Christmas music the other night and a song came on the radio by Amy Grant called “I Need a Silent Night.” I have heard this song before, but this year it really resonated with me. Let me share some of the words with you.

December comes then disappears
Faster and faster every year
Did my own mother keep this pace
Or was the world a different place?
Where people stayed home wishing for snow
Watching three channels on their TV
Look at us now rushing around
Trying to buy Christmas peace
I need a silent night, a holy night
To hear an angel voice through the chaos and the noise
I need a midnight clear, a little peace right here
To end this crazy day with a silent night

Amy Grant and I are about the same age, so we grew up in the sixties and seventies. I only had three channels on my tv and life was much simpler. The expectations were simple. We got a few gifts for Christmas and we didn’t expect anything more than that. I knew my parents did the best they could and I was happy with what I received and I had a grateful heart. (Well… most of the time anyway. Except for the underwear–not “Victoria Secret”–and the socks!–not the cool kind! You get what mean!)

So, how in the world have things gotten so out of hand? Maybe we’ve created a monster trying to give our kids what we couldn’t have as children? Maybe the media has influenced us so much with commercials telling us we are horrible parents if we don’t get a certain toy or electronic device for our kids? I don’t know for sure what has happened—but I have noticed that Christmas has become more of a nightmare than a celebration of the birth of Jesus. With all the craziness, Christ has been left out of Christmas.

I feel like I have to fight harder and harder every year to focus on Jesus and His birth. I find myself running around trying to keep up with everything I have to do. My soul is telling me to pause–take a minute to stop–and slow down–and focus on the birth of my Savior. I almost feel like throwing my hands up in the air in the stop position and say, “I just need a minute here! Just give me some time to be still and get my brain together!”  I need peace and I need quiet more than I ever have in my life!

There is a book that has helped me tremendously focus on Christ during the Advent season. Thank you Ann Voskamp for writing The Greatest Gift! Before I read this book, I really didn’t know much about Advent. Of course, I’ve seen Advent calendars and even created one for my home, but I really hadn’t taken the time to focus on scripture every day and delve into the meaning of His coming. For instance, I didn’t know that Advent means “coming.” I don’t know where I have been all these years, but I didn’t know that simple fact. Did you know that? So, it makes total sense why they call it the season of Advent. It is a counting of days leading up to our Savior’s birth.

When you look at the book of Matthew in the Bible, it begins with the lineage of Christ. Jesus’ lineage emphasized that He was a direct descendant of David fulfilling the prophecies in the Old Testament. His lineage proved He was the Messiah. Some of His ancestors were heroes of faith–some had shady reputations–many were just normal people like you and me–and then there were some evil ones. The point is that God can use anyone to complete His will! “He grafts you into His line and His story and His heart, and He gives you His name, His lineage, His righteousness. He graces you with plain grace.” Voskamp

If I don’t take the time to pause and reflect each day, then I miss out on the wonderful story of Jesus unfolding right before my eyes. I miss all the incredible facts that Jesus wants me to know about His birth. His story never gets old for me!

Isaiah 11:1-2 “Out of the stump David’s family will grow a shoot—yes, a new Branch bearing fruit from the old root. And the Spirit of the Lord will rest on Him—the Spirit of wisdom and understanding, the Spirit of knowledge and the fear of the Lord…” There are many scriptures in the Old Testament that foretell of the coming of Christ. Every time I read one, I am in awe of God because He wove the story of Jesus so beautifully throughout the Old Testament. Jesus was spoken about for over 400 years before His birth. (Let that soak in for a minute!)

I want to be filled with the wonder and awe that the shepherds felt the night when Jesus was born. I like to picture them with their mouths dropped open as they witness the star in the sky–pointing to the manger–and the angels singing about the birth of Jesus. I want to be in awe every Christmas season of all that our Heavenly Father and His Son have done for us.

Ann says, “The answer to deep anxiety is the deep adoration of God.” Most of you know that I have struggled with anxiety off and on for years. So, I am going to focus even more this Christmas season on who God is. I have talked so much about how important it is to keep my mind focused on Him and not on my circumstances. Well, I need to do it even more during Advent. Every day I want to unwrap the gift of His wonder. I want to gaze into His eyes and say, “Thank you!” I want to be in complete awe of Him!

This season—I am asking God to show me more of Him. I want to breathe Him in every single second of every single day. I am closing my eyes and picturing Him holding me as a baby —rocking me back and forth. He is soothing me with His words. He is placing kisses on my forehead because He is tender and loving. If you have ever been abused or struggle with your view of God, close you eyes and picture Him that same way. He loves you so very much!

I look at the manger scene and know that God was there. He was there as a baby, but also as a Heavenly Father watching over His child. God allowed His Son to be born into this world knowing what He was going to have to endure. There isn’t a loving parent out there that wants their child to suffer. We do everything we can to prevent it. But God—because of His great love for us—allowed His child to go through abuse, ridicule and excruciating pain during His death on the cross. (I would have zapped the first person that laid a hand on my kid! Good thing I am not God!)

So—this season—take the time to pause and wonder at the birth of our Savior. “God tied His heart to yours the day you were born.” Voskamp “Can a mother forget the baby at her breast and have no compassion on the child she has borne? Though she may forget (I don’t know how!) I will not forget you. See, I have engraved you on the palms of my hands.” Isaiah 49:15-16a

“Strange, this familiar Father of prodigals whose love, too much for one lifetime, wills that we shall share the feast of forgiveness and joy in the epilogue of eternity. Strange, this daily advent of EMMANUEL.”  J.F. WILSON

There is much to rejoice about! Until next time…..

2 thoughts on “I Need A Silent Night”